Our province has a lot of history, over many years and with many different aspects. The stories from the period 1940-45 are told in our museum. In particular the French share is explained from this period. The French medical aid in May 1940, the nightly reconnaissance on our coasts by commandos, the liberation of Vlissingen and part of Walcheren and the French paratroopers landing in Drenthe in 1945 are still unknown stories to many of you. These men, some of whom are buried here in Kapelle, receive the recognition they deserve in our museum. 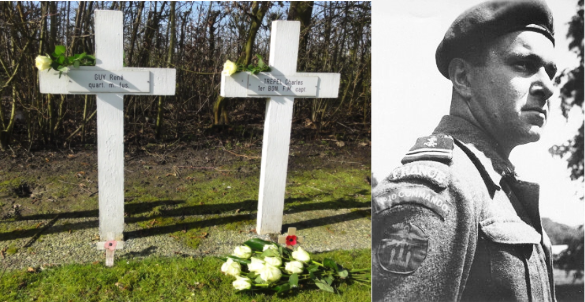 Under the orders of Winston Churchill the Commando troops were established in 1942. These ´special forces´ had to infiltrate the German lines and cause unrest among the occupying forces. These ´secret´ Commando actions also took place in the Netherlands during the years war and one of these nightly attacks ended on the cemetery of Kapelle.

In February 1944 a dramatic event took place in Wassenaar. In the night of the 27th-28th of February, a small French Commando group lead by Charles Trepel was send out to investigate the site. They had to make sure whether secret agents could be brought ashore and picked up from this location.

British navy officer Bradford manages to crossover overnight from Great Yarmouth and is able to position is torpedo boat. The Commandos disembark and row to the coast in a dinghy. The last words that Bradford would here from Treppel were: ´SEE YOU LATER´.

Treppel and his men change boats 30 meters from the coast, the remaining men drop anchor. The Commandos set foot on land at 2 o´clock and Treppel reports their arrival through radio communication. A few minutes later the coast lits up of rockets and a huge noise is heard.

They go back to the MTB (motor torpedo boat) so that they are not seen. Probably someone of the Commandos touched a wire that set off the alarm. 70 years have passed and we still don´t know the truth behind this event. The MTB waits until sunrise and sails back. A couple of hours and days later, 6 corpses wash ashore. A French Commando arrives in Den Haag in May 1945 and starts an investigation to look for Treppel and his men. All were found in the local cemetery of Westduin close to Wassenaar. In September 1949 they find passage tot their final resting place.Four of the six rest in French soil and Trepel and Guy rest in the French cemetery of honour in Kapelle. 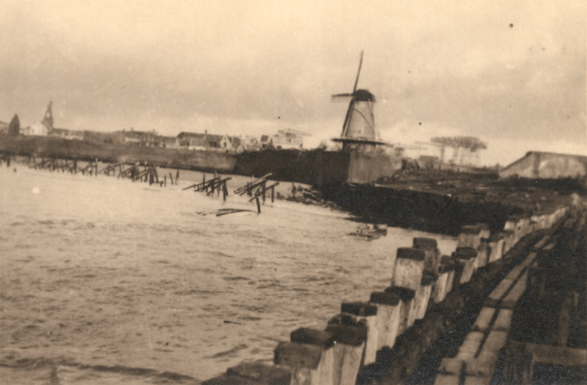 A group of commandos arrived in the afternoon of the 31st of October in 1944 and destroyed the harbour of Breskens after severe training in the dunes of Ostend (Oostende) at a seaside resort of de Haan, so that they could crossover early in the morning the next day, November 1st, to Vlissingen.

Operation Infatuate 1 was part of a battle called ‘Battle of the Scheldt’, they aimed to make the port of Antwerp accessible to large vessels with goods that were crucial for the liberation army. The French commandos, lead by Captain Phillips Kieffer, were part of the British/French ´no 4 commando´.

It was expected that it would be a tough battle in Vlissingen, and it was, the battle lasted 3 days. Street fights from house to house took place. And from the few civilians that were left were surprised they heard french orders through their street. Among the 150 French, many were wounded and 5 were killed in action. The stories about this battle that was fought by a forgotten liberator can be found in our museum.

It is possible to visit the museum and Vlissingen in the form of a battlefield tour. 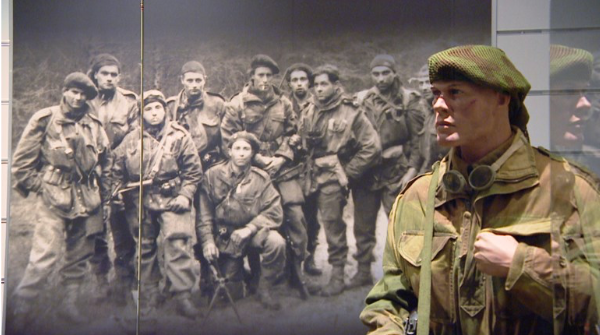 In our museum we frequently receive schools and we always ask the following question: Who liberated our country in 1944/1945? Usually they answer: Americans, Canadians, English and Poles. It is mostly unknown that the French also contributed to the liberation of Europe.

Operation Amherst is the code name for an allied operation in the spring of 1945 in Drenthe. More than 700 French paratroopers jumped planes around that area. These French were part of the famous British SAS (Special Air Service). As trailblazers for the advancing Canadians, they were dropped over different zones in Drenthe during the night of 7th of april 1945.

Almost all 700 paratroopers were injured in battle, 33 were killed and 8 soldiers are buried in our field of honour in Kapelle.

Stories of the veterans and documentation that was found about this tell the further history of this forgotten piece of liberation right here in our museum.

Made with ❤ by Origin Media