A large part of the collection was gathered by Mr. Minus Goud from Krabbendijke. Over many years he collected uniforms, helmets, weapons and medals. After his death, Andries Looijen took over and continued adding valuable objects to the collection. When Andries acquired the collection in 2011, he immediately had in mind to use the old barn attached to his home as an exhibition space for the many military objects.

The barn was renovated and in February 2020 the museum was relocated to a temporary location. The collection has many French objects that emphasise a relatively unknown French battle that took place in May in the year 1940 in the Dutch province Zeeland.

You can visit the museum and see uniforms (224RI & 271RI) from the French that fought in Zeeland, weapons, medals old papers and even a Red Cross uniform worn by a nurse who cared for the wounded French in the St. Joanna hospital in Goes. Next to that they found also other objects of the French soldiers during the years of war in the Netherlands.

The collection guides the visitor through the years of war in chronological order. It is an impressive experience for young and old. Besides that, we often organise battlefield tours, visit the official French cemetery and tell the story in our historic museum. 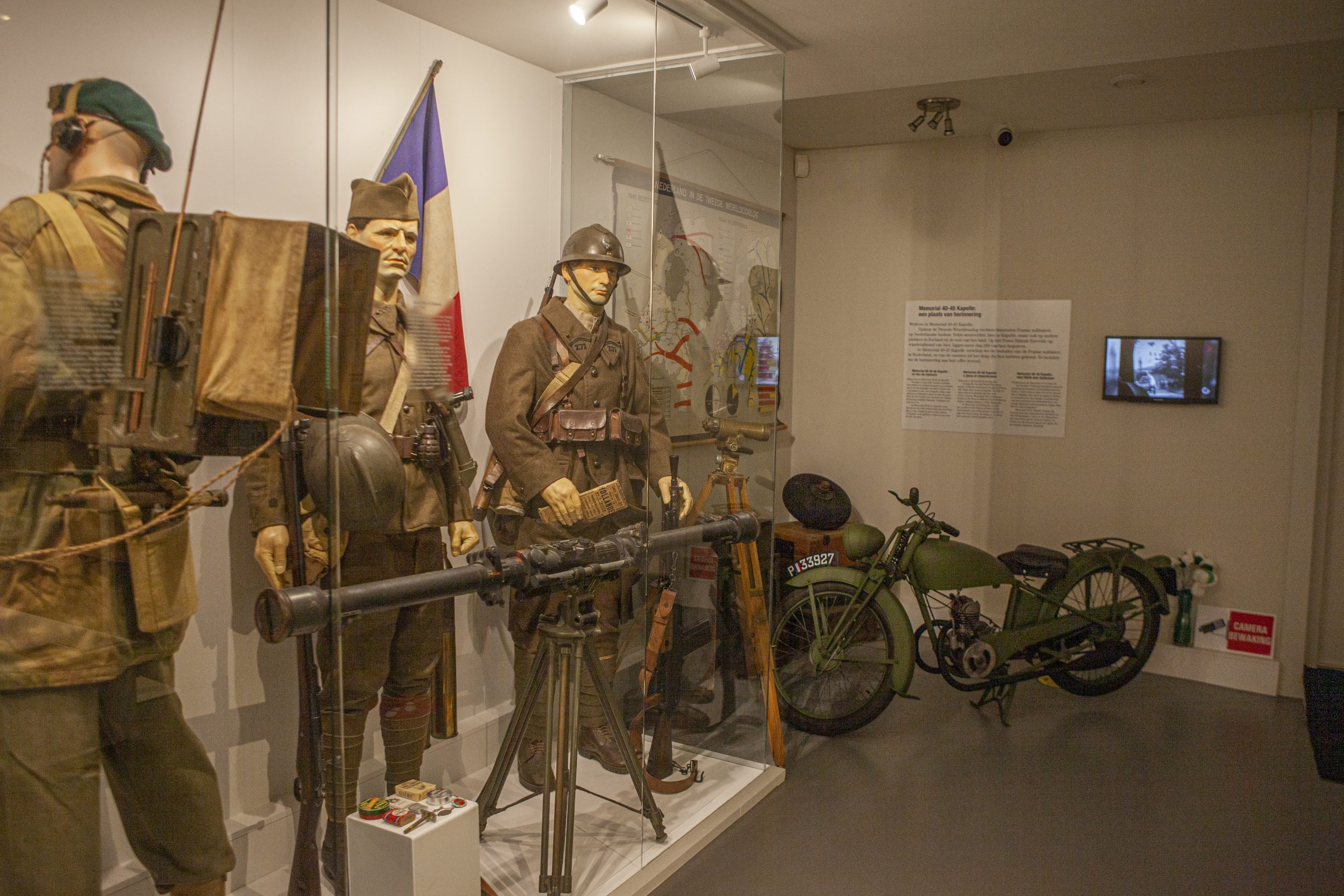 The French field of honour

Kapelle is situated in the official French Field of Honour, where many French soldiers died during the second world war. In the text below you will encounter some facts about this field of honour:

5 soldiers were killed in battle in Wemeldinge on the 16th of May 1940 and buried in the general cemetery. Reburied on March 22nd of the year 1941. They transferred to Kapelle or repatriated after the war. In 2020 some more soldiers have been found and identified and reburied. On 16 May 1940, therefore, 84 French soldiers were killed in the current municipality of Kapelle.

5 were killed in action in Wemeldinge on 16 May 1940 and were buried there in the general cemetery; reburied on 22 March 1941. Transferred to Kapelle or repatriated after the war. In 2020 a number of soldiers were identified and reburied.

So, 84 French soldiers were killed in the current municipality of Kapelle on May 16th in the year of 1940.

The path to our new museum

Memorial 40-45 Kapelle is a memorial museum that´s part of the Vitality foundation, we have been telling this remarkable story of the Second World War since 2012. Focussing on the part that the French armed forces played in the Netherlands and the experiences of the general population of Kapelle during this period. We will be doing this starting from the end of July 2021 from our new temporary museum situated on the Goessestraatweg 6.

Thanks to a new opening we can link the storytelling and commemoration in the best way possible. You would not find a better place to tell the stories behind these graves. The policy plan of 2017 has been updated for the period up to 2023. To make this happen we need your financial support. Will you help us to continue telling this remarkable story?

Made with ❤ by Origin Media